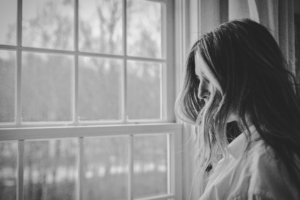 This is a word you hear a lot in South Africa!

I don’t know the history behind it, but after living here for 11 years, I find myself saying as well.  Tripadvisor tells travellers that it can mean anything from “oh, how cute” to “your poor thing” or “how awful”, the latter attempting to show sympathy in a difficult situation.  But, really, is that it?

A client said to me a little while back, she feels when people say ‘shame’, it signifies that they think you should be feeling shame over whatever has happened/is happening in your life.  She suggested when it is used, people are not really willing to empathise and put themselves in your shoes, but rather want to distance themselves from you and the shameful experience that is occurring in your life (whatever that may be).  And I’m left pondering whether she might be right in some circumstances.

Most often, people are afraid of other people’s emotions.  Damn, we’re afraid of them ourselves half the time, that’s why we bottle them up, hide them away, or numb them with the likes of excessive alcohol, drugs, food, sex etc.

But what actually is ‘shame’.  It’s described by Dictionary.com as ‘the painful feeling arising from the consciousness of something dishonourable, improper, ridiculous, etc., done by oneself or another.”

I’m not sure that really helps though, as it sounds a lot like guilt which, in psychological terms, is something different.  To simplify it, guilt is about feeling negative when we know we have hurt someone or something else.  Shame is about feeling bad about the person that we are ourselves, and it doesn’t necessarily require us to have done anything specific.

I’ve recently become aware that I feel shame about being a single mother during the Christmas/New Year holiday period.  My kids asked me why we are never invited to parties on New Year’s eve, and deep shame arose in me around this. Questions like “what is wrong with me, that we don’t tend to have plans with friends on NYE?”.

It honed in on my feelings of shame at being alone. Do I actually have anything to be ashamed of for being single, logically ‘no’.  But do I feel sad that I am single for Christmas and NY, yes I do.

Shame needs to be acknowledged.  It’s most harmful when ignored; it erodes self-esteem and leads to withdrawal or harmful addictions in order to mask the shame.  We need to be honest with ourselves about where we carry shame and be ready to take ownership of what led us to feel that way.  Unacknowledged, it can be toxic, to you and to those around you.

Reach out to me by filling in the online coaching request form.